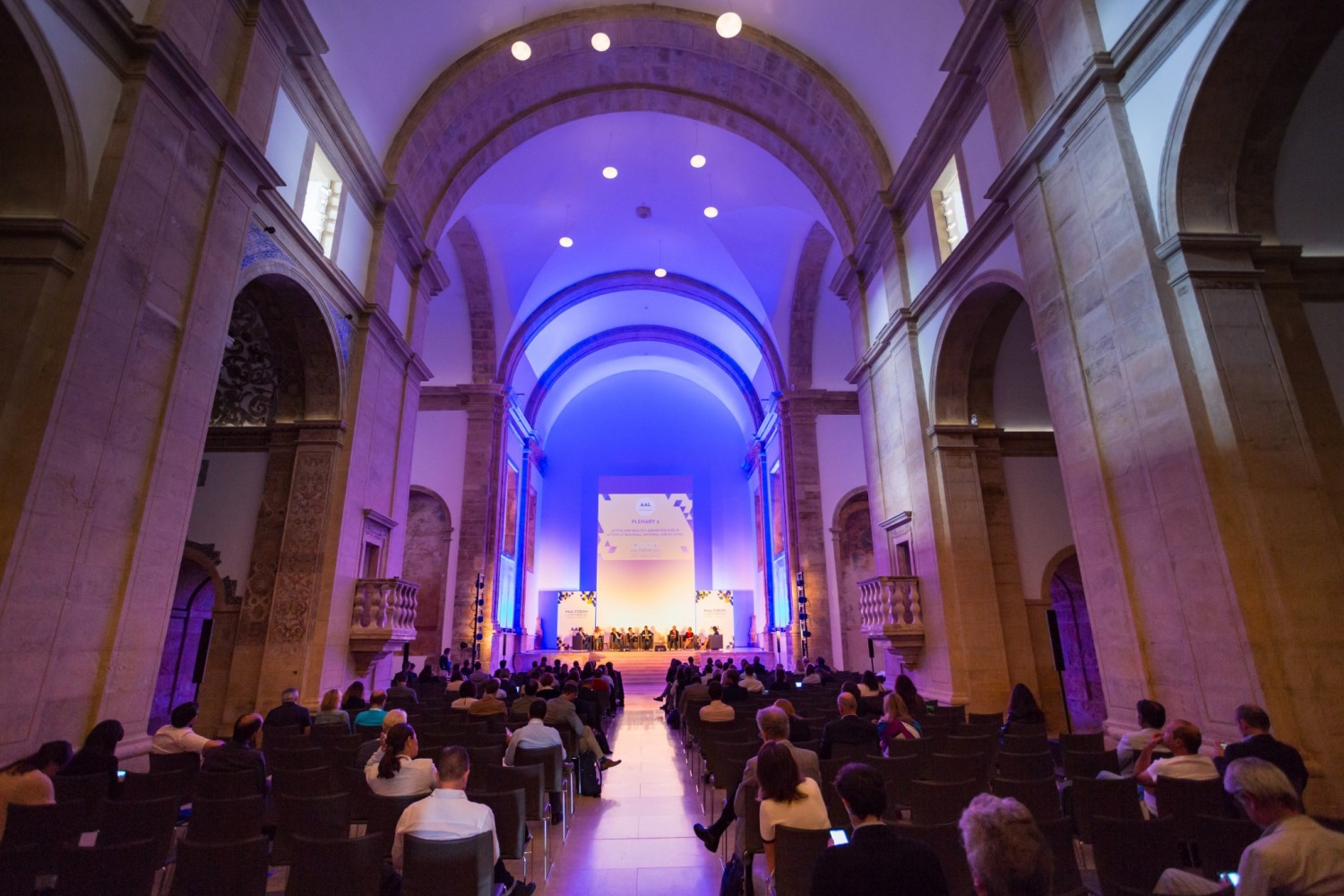 The AAL Forum 2017, Europe’s premier event in the field of active and healthy ageing, took place in the beautiful Convento de São Francisco in Coimbra, Portugal, bringing nearly 800 delegates together to discuss the latest developments in this rapidly growing field.

The venue, which dates back to the beginning of the 17th century, was recently refurbished, seamlessly blending the old with the new to create an inspiring venue for all involved.

Reimagining the old was a running theme of the event, with finance editor of The Economist Sacha Nauta delivering a stirring speech on the opening evening about what it means to be old today.

A new demographic of older people has emerged – “the new old” – who are living their lives to the full, travelling the world and trying new things. They have reimagined what retired life can be, and Nauta told the audience that we need to treat them as the people they see themselves as – active, healthy people with time to spend doing things they love.

Her words were echoed by many in the following days, with the idea of ‘the new old” reappearing in a number of the interactive workshops that took place over the next few days. These workshops brought people together to brainstorm, learn from each other, and get new ideas to take away and apply to their own work.

The first plenary session on Tuesday introduced an innovative format to the AAL Forum, bringing together buyers, users, and suppliers of AAL solutions to offer their unique perspectives of the AAL ecosystem. The need for new business models was discussed at length, as well as the need to focus on social care. People should come first, then technology.

Another new event for this year’s AAL Forum was the investor’s event. Eight investors with money to spend were pitched by eight different projects. Although none of them received funding on this occasion, all of them received invaluable advice about how to pitch, as well as feedback on the actual technology. “Lots of these projects are doing the same thing – investors won’t invest until there’s consolidation,” said one investor. Another offered: “You need to be bold. Go with one problem and find one solution – don’t try to do too much.”

Making sure that AAL solutions match the needs of the user has always been a key thrust of the forum, and this year 120 older adults from the surrounding region were invited to come and assess the products and solutions on display at the exhibition, providing direct feedback to the researchers. A prize for the best exhibitor was up for grabs, which was eventually presented to 2PCS. The exhibition space also hosted the Speakers Corner, where delegates were given the chance to present their posters.

The plenary session on the second day brought together representatives from regional, national and European levels. They compared and discussed current and planned AAL and demographic change related policy actions and funding initiatives, asking of each other and the audience how initiatives can address stakeholders at all levels, including care organisations, SMEs and the users themselves.

Throughout the AAL Forum, the finest Portuguese food was on offer, especially at the Schist Village event on the Tuesday night in which cheese, meat and wine from the Centro region of Portugal were served.

The closing ceremony almost came too fast, as people were still buzzing with ideas and excitement from the work over the last two days. However, all good things must come to an end, and there was a real sense of positivity as the delegates left the building to the sounds of traditional Portuguese music.

We hope that you enjoyed the AAL Forum as much as we did. See you next year in Bilbao!