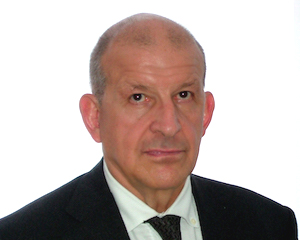 Rafael is the President of the AAL Association and manages the TFEU art 185 initiative AAL (ICT applied R&I for ageing), chairs the Assembly of [country] Members of ECRIN-ERIC (European clinical trials platform) and coordinates EULAC Health (an initiative for alignment EU and LatinAmerican & Caribbean countries´ R&I programmes on health).

He is currently the Chief Officer of the EU and Internationalisation Department at the Office of the Deputy Director General for International Research Programmes and Institutional Relations at the National Institute of Health Carlos III (ISCII), Spain. Rafael is also the Spanish representative for the Joint Programming Initiatives in Neurodegenerative Diseases (JPND), Healthy Diet for a Healthy Life (JPI HDHL), More Years Better Life (JPI MYBL) and Antimicrobial Resistance (JPI AMR). He is also the Spanish representative for the Research Infrastructures, EATRIS-ERIC (translational medicine) and ELIXIR (omics data).

Martin Klöti – Head of the ministry of interior, government of canton St.Gallen

Martin Klöti was born on April 1, 1954 in Zurich. He trained at the Teachers’ College in Küsnacht and became a primary school teacher in Zurich.

In 1975 he bought a farm with his former spouse Hans Gerd Kübel in Toggenburg and from then until 1989 worked as a farmer, teacher and entrepreneur and for 13 years took entrepreneurial responsibility for an international company of luxury consumer goods.

From 1992-1995 he trained and then graduated as a certified landscape architect before standing for and being elected on the FDP in the city council of Rapperswil in 1997.

In 1999 Martin bought an historic hotel in the old town of Rapperswil along with his business partner. After renovation work was completed, the hotel JAKOB re-opened as a cultural hotel. In the same year, he set up and organised the first blues & jazz festival in Rapperswil and was elected as Vice-President of the town.

Between 2006-2012 as Stadtammann in Arbon, Martin implemented major urban development projects, such as the conversion of the industrial area of Hamel as a commercial and residential neighbourhood.

In 2008 he was elected to the Grand Council of the Canton of Thurgau and since 2012, has served on the Government of Canton St.Gallen as Head of the Department of the Interior.

Prof. Dr. Sebastian Wörwag studied business administration at the University of St.Gallen (HSG), graduated in 1990 and received his doctorate in 1995. Following this Sebastian pursued various teaching activities, and developed humanlogix AG, the web-based tool designed to aid capital management. He also presided over Synthegra AG, which specialises in human resources development and career guidance. Since the 1st of April 2003 Sebastian has been the Dean of the FHS St. Gallen, University of Applied Sciences. 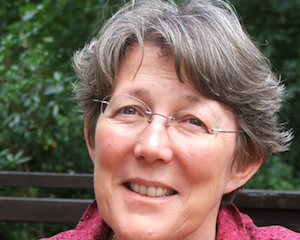 Anne-Sophie Parent is the Secretary General of AGE Platform Europe, a EU network representing directly 40 million people across Europe who are aged 50+. Anne has been leading the platform since 2002. AGE aims to voice and promote the interests of the 190 million inhabitants aged 50+ in the European Union. 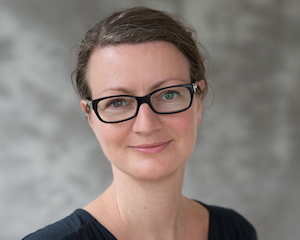 Professor, sociologist and head of the Interdisciplinary Competence Centre for Ageing (IKOA) at the University of Applied Sciences St. Gallen, Sabina is an expert in technology and ageing and is heading the largest national project dealing with the challenges of an ageing society (AGE-NT; 8 Mio CHF). Together with her interdisciplinary team, Sabina Misoch’s research activities focus on identifying sustainable solutions to successfully manage Switzerland’s demographic change. The focus of IKOA research includes wellbeing, health and health care with particular focus on new technologies and AAL. IKOA led by Sabina Misoch is currently leading and setting up several Living Labs (as a national network of private households) to implement and test AAL-solutions in close cooperation with end users, the elderly people themselves. 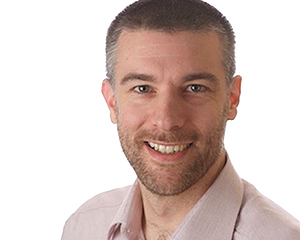 Alain Thielemans is an advisor at the Flanders Innovation & Entrepreneurship. Alain is the coordinator of the Active & Assisted Living Joint Programme (AAL JP) for Flanders, Belgium. On a national level he is mainly involved in specific regional initiatives including living labs, social innovation and innovation clusters. In this context he is the coordinator of the Flemish care living labs and the liaison officer to Flanders’ Care. Before joining Flanders Innovation & Entrepreneurship (previously IWT) in 2008 he held various positions in R&D and operational management in the electronics and chemical industry. He holds a Msc. in Electrical Engineering from the Vrije Universiteit Brussel, Belgium. 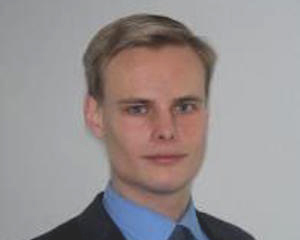 Looking back on his record from international business promotion and strategic consulting, Stefan T. Kroll works at terzStiftung in his role as the Deputy Managing Director with a special focus on business and international affairs. Based at Lake Constance, terzStiftung promotes the interests of elderly people in Switzerland in her capacity as a non-profit-making foundation. She also serves as a service provider in the market for elderly people involving her large network of elderly customers and supports both businesses and public actors to shape their products more generation-friendly. To date, terzStiftung has a record of participation in ten AAL-Projects as an end-user-organisation. 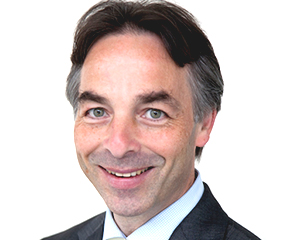 Guido Kempter is a professor at the University of Applied Sciences Vorarlberg (user-centred  technologies research), associate professor at University of Duisburg-Essen (Institute for Computer and Cognitive Sciences) and associated member of the Private University for Health Sciences (UMIT) in Hall. He has worked at Dartmouth College (Department of Psychological and Brain Sciences), University of Munich (Institute of Biopsychology), and Université de Paris VIII (Laboratoire Cognition & Usages) on different human-computer interaction studies. He is the founder and chair of the annual Usability Day and contributes to scientific journals and congresses both in the area of Usability and „Ambient & Assisted Living”. 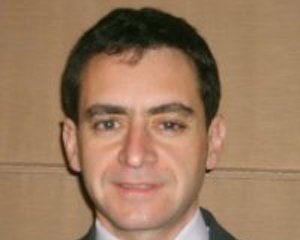 Miguel González-Sancho is the Head of the Unit “Health, Well-Being and Ageing” at the European Commission, within the Directorate General “Communication Networks, Content and Technology” (DG CNECT, https://ec.europa.eu/digital-single- market/en/dg-connect).

Miguel previously held different positions in DG CNECT, including Head of Unit for Administration and Finance, Deputy Head of Unit for Policy Coordination and Deputy Head of the Unit “ICT for Inclusion”. During this period, he worked on successive policy strategies (“e-Europe”, “i20210”;, “Digital Agenda”) as well as policy initiatives and R&D&I projects on ICT for social inclusion, accessibility, public services and skills.

Miguel was also a Member of Cabinet of the European Commission Vice-President responsible for the Digital Agenda, Neelie Kroes. He also worked as legal officer on telecommunications regulation, and as handler of trade defence investigations in DG TRADE

Mauro Dell’Ambrogio has held several public positions in the region of Canton Ticino since 1979, ranging from being a Judge, Chief of the Cantonal Police, Secretary-General for Education and Culture, a project manager during the creation of the University of Lugano (USI) and Secretary-General of the USI.

After four years of managing a group of private clinics, in 2003 he was made Director of the University of Applied Sciences of Southern Switzerland (SUPSI). Mauro has acted as the mayor of Giubiasco, has been a member of the Ticino Cantonal parliament and been chairman of the Ticino electricity works. 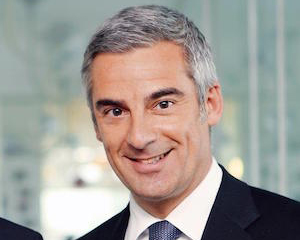 Stefan Loacker was the CEO of Helvetia Insurance from September 1st, 2007 until August 31st 2016 while he has also contributed to some extremely influential research at the university of St.Glalen within the field of “Risk Management and Insurance”.

Stefan first joined Helvetia Insurance in 1997, where he developed and led the group’s strategy as the Head of Corporate Development. In 2002, he was appointed CFO and became a member of the Board of Directors, during which time he made a vital contribution to turning the company around.

During his tenure as CEO, the Helvetia Group rose from a net worth of CHF 5 billion to one of approximately 8 billion and several acquisitions have been successfully integrated.

With approximately 7,000 employees, Helvetia provides services to millions of customers in Switzerland, across Europe and also operates within several niche markets. 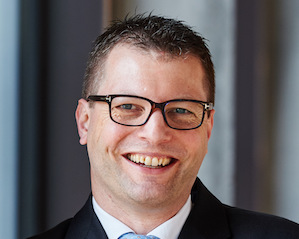 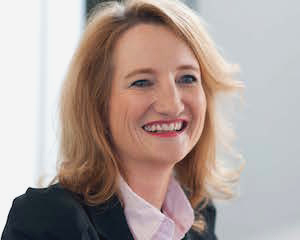 Béatrice Fink is member of the management team of Pro Senectute Switzerland and responsible for finance, marketing and IT. Pro Senectute has committed itself to the wellbeing of eldery people for the last 100 years. It is the largest and most known professional and service organization for retired people in Switzerland. Currently there are 1’600 employees and 15’000 volunteers working for the organsation. About 700’000 elderly persons and their relatives are yearly in contact with the 24 cantonal Pro Senectute organisation throughout the country. In 2015 Pro Senectute published the study “Digital Seniors” which analysed the use of digital technologies by senior people in Switzerland.

Béatrice has a master in business administration of the university of St. Gallen and a master in finance of London Business School. She started her career in business consulting and then became head of strategic development with Helsana, a large Swiss health insurance. Before joining Pro Senectute in 2013, she was head of strategy of a well-known advertising agency. 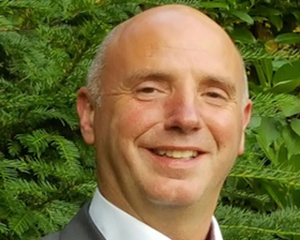 Roy Beumers has over 30 year’s of experience in healthcare and is now manager of Innovation & Funding at Zuyderland, a big healthcare organization in the Netherlands with hospitals, elderly care centres and homecare. Roy started as a physiotherapist and received a master degree in Business Administration (MBA) in the area of management models and concepts of elderly setups. He has been responsible for setting up and coordinating (inter)national (AAL, FP7, Horizon 2020) innovative cure and care projects like Co-Living, CaMeLi, CogniWin, Miraculous-Life, GrowMeUp and the creation of the Hoogveld Integrated Living Village project. He has great expertise in exploiting technological outcomes and creating win-win commercialisation strategies in co-production between business partners and the end-user whilst also involving the health insurance companies and industry. 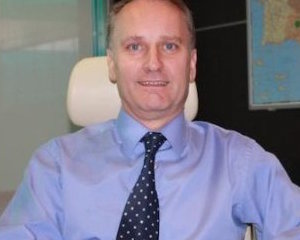 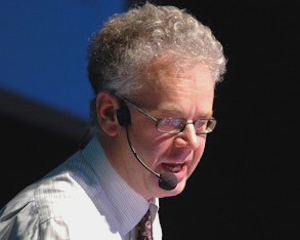 Keith Baker is the Open Innovation Manager of Philips Applied Technologies DSE. He started his career in Research with GEC were he was very active in self-test and Design for Testability and was one of the founders of the JTEG testability initiative, later renamed IEEE 1149.1.

At Philips Research he was very active in design for testability tools and the method of testing low power ICs called IDDQ. Since 1999 he has focused on multimedia applications and holds 15 patents in this area.

Baker has lead a number of Eureka projects related to DVB/DVB technology, including early integrations of MPEG4-AVC in STB technologies. Since 2003, in the context of various Eureka projects he has explored the value of P2P networks for long-tail content distribution. He has been fascinated by the interaction between the ‘systematising’ groups in population, and how in the last 200 years they have used science fiction through the media to focus the technical efforts of society – for both good and ill 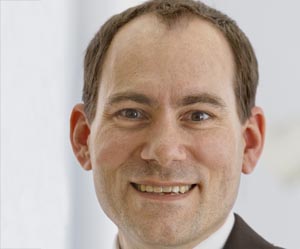 He is vice president of the AAL Programme and represents Switzerland in several European R&D programme committees.