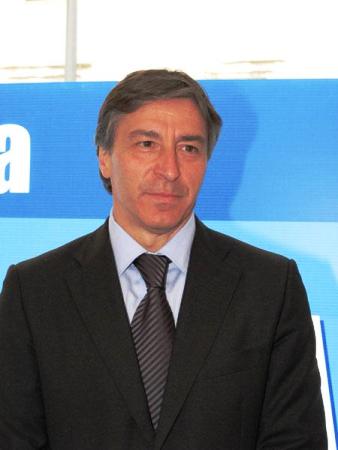 Dear guests and participants of the AAL Forum 2011

it is with great pleasure that I, as President of Provincia di Lecce, welcome you to AAL Forum 2011 in Lecce. We are greatly honoured to have been chosen to host this year‘s conference.

Lecce has recently promoted a lot of important initiatives in the field of Science, Information and Technology, but it is certainly a great privilege for us to host an event of such importance as this European Forum.

Our city is very careful about the implementation of welfare technologies. The Institute for the Microelectronics and the Microsystems is the Institutional base of Italian”Ambient Assisted Living ” Association (AitAAL), that collects all the sector skills in a multidisciplinary context with the participation of public and private Research Institutes local authorities (municipalities, provinces , Regions) and companies.

After Vienna and Odense, Lecce is set to become the center of scientific and technological innovation too, not just on the days designated for the event, but for the whole golden future of European citizens.

While in Lecce, I hope that you will take the opportunity to see more of our city.

This place is unique for the fact that it has a multicultural history. Many civilizations had left their mark here and this is evident by the variety of designs and styles in the architecture as well as the multitude of crafts practised here. Situated in the south-eastern cusp of Italy, the small city of Lecce is considered an abode of cultural heritage. It is a flamboyant place with a mix of all cultures like Norman, Spanish and even Byzantine. The city also has a long traditional affinity with Greek culture going back to its foundation; the Messapi who founded the city are said to have been Cretans in Greek records. To this day, in the Grecia Salentina, a group of towns not far from Lecce, the grik language is still spoken.

This city of Lecce is a dream for people who love Baroque architecture. The beautiful architecture of the masons, with their mix of animals, birds, monsters and cherubs never cease to surprise tourists with their architectural extravagance and eye for detail. In fact because of the rich Baroque architectural monuments found in the city, Lecce is commonly known as the “the Florence of the South”. Baroque style is detailed in every other building but is different from those in other nations. In terms of industry the “Lecce stone” is the city’s main export, because it is very soft and malleable, thus suitable for sculptures. Lecce is also an important agricultural centre, chiefly for its olive oil and wine production.